There was joy in the air at the first MFB New England food distribution (load-out) on Tuesday, November 16. After the time spent securing and preparing the facility, it was a blessing to be giving the food to agency partners.

At 8 a.m., Executive Director Jan Young welcomed the group, and operations Manager Brent Carl explained the process. Mike Hoffman, Central Team member from Illinois, was on-site to help with the event. Following a prayer of thanks to God by longtime advocate Warren Zahner, the distribution began.

MFB Board member Maxine Schneider helped agency reps select food and Joe Koch supervised loading the carts with the correct amounts. Brent supervised the loading of vehicles while the agency reps enjoyed visiting with volunteers over refreshments. The agency reps left with a load of food to give to those in need.

"This was a test of our procedures, and we learned a lot," says Jan. "All of the waiting and work to get us to this point has been worthwhile."

"Midwest Food Bank was accessible, well-stocked, organized, and welcoming," says Beth Stafford, Executive Director and CEO of MACC Charities. "We feel like a valued community partner, united in getting good food into the homes of people struggling with hunger."

The day went very well, with many agencies saying they'll bring a larger vehicle next time. A date for a December distribution will be set soon.

"It was an incredible blessing to see the agencies' smiles and tears over the wonderful selection and quality of food available," says Jan.  "We look forward to expanding operations in the months to come." 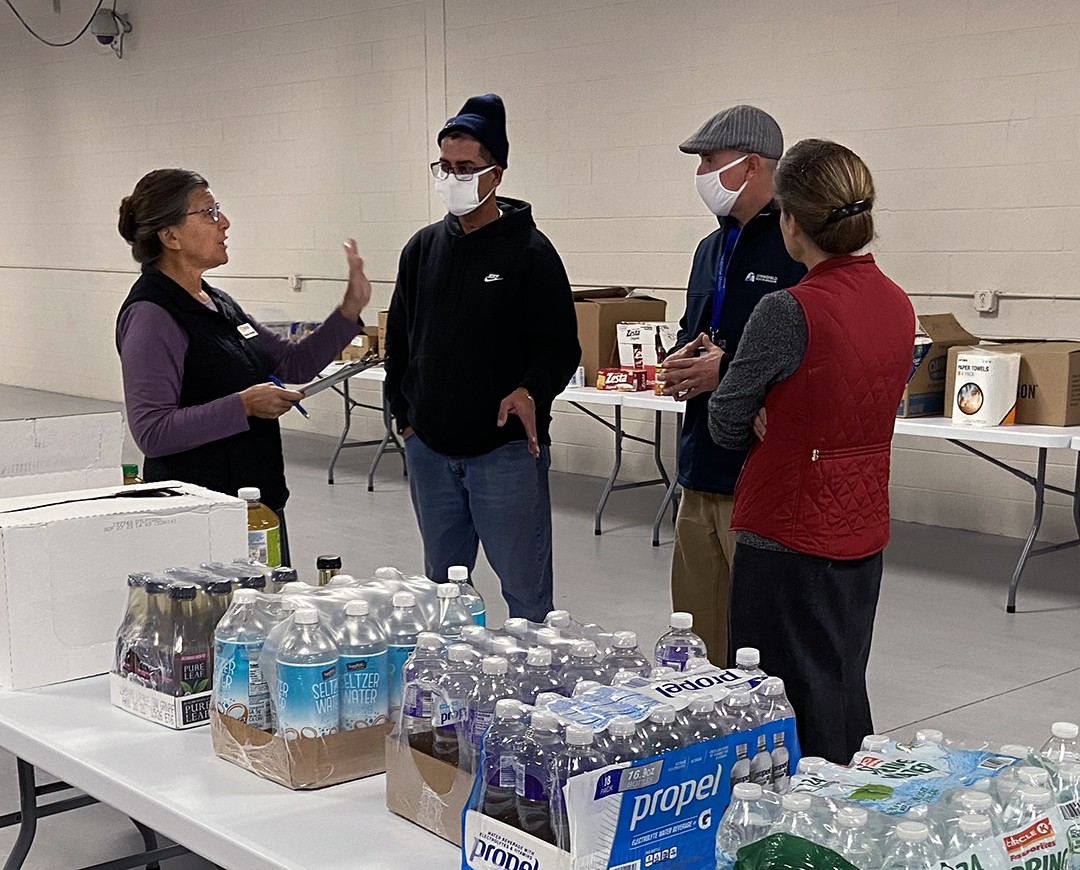 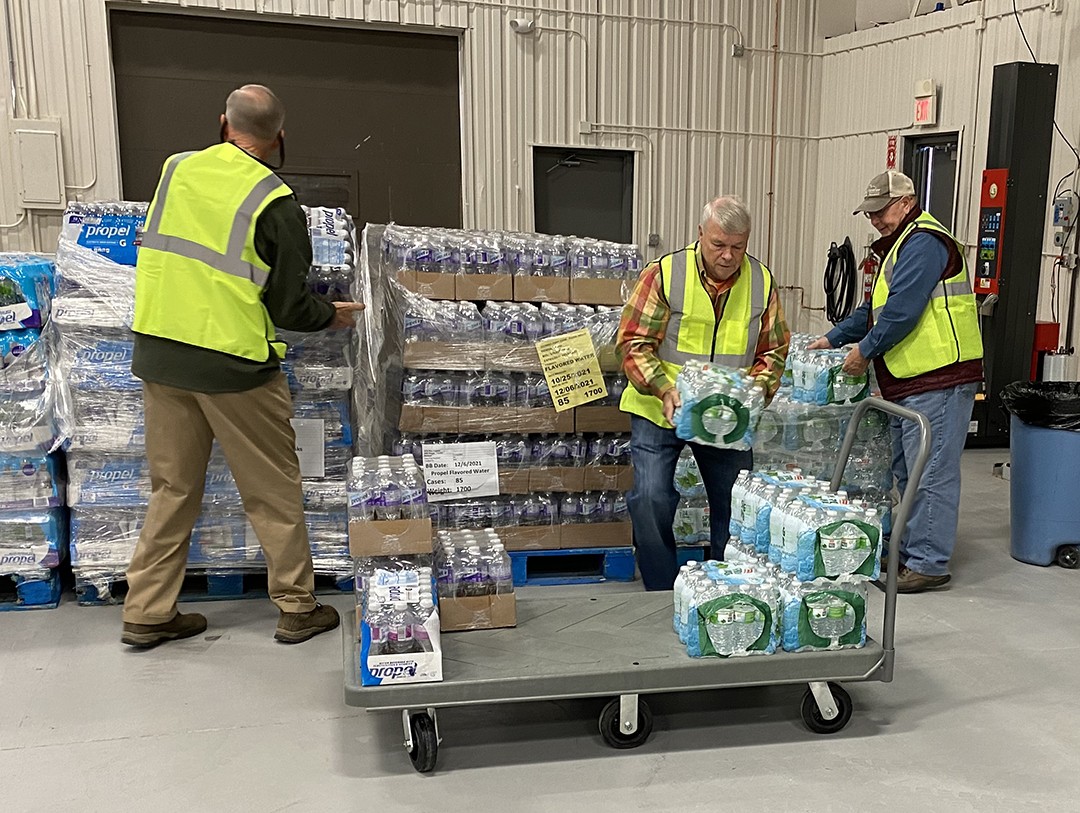 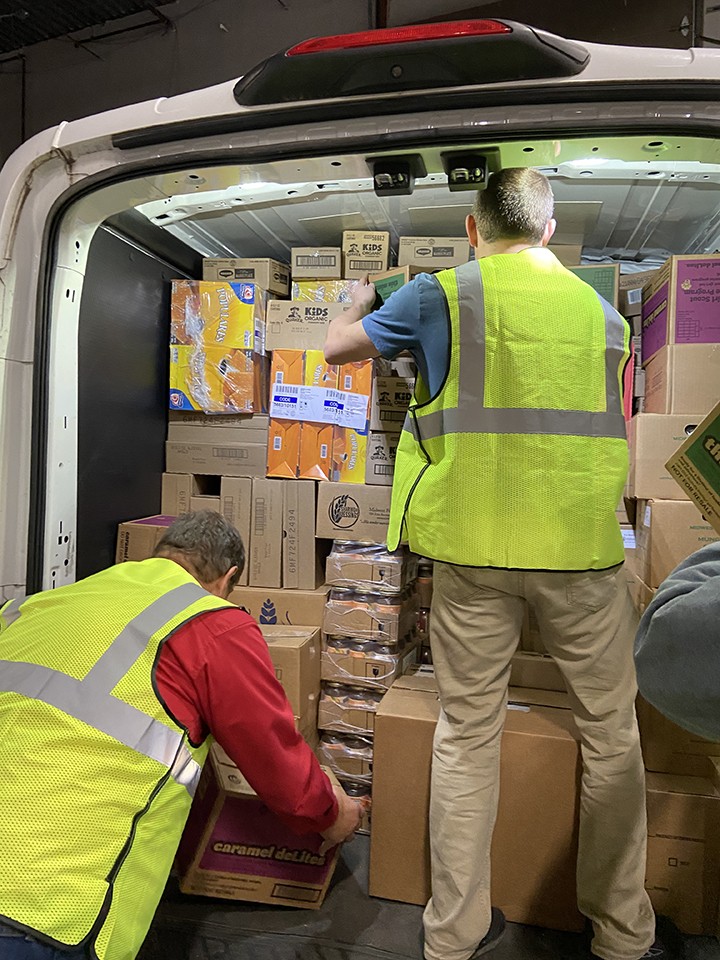 Mike Hoffman and Mike Bahler fill an agency van as full as possible. 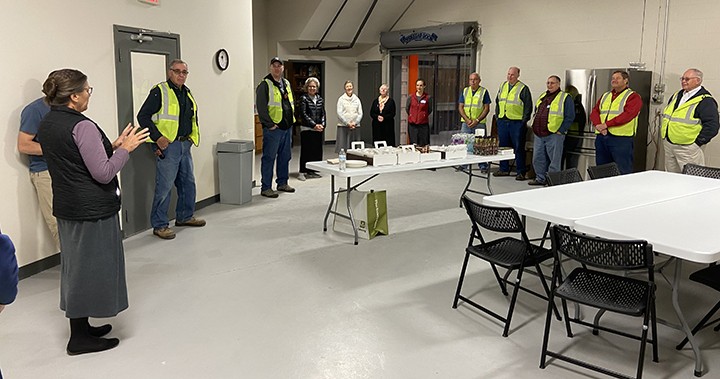