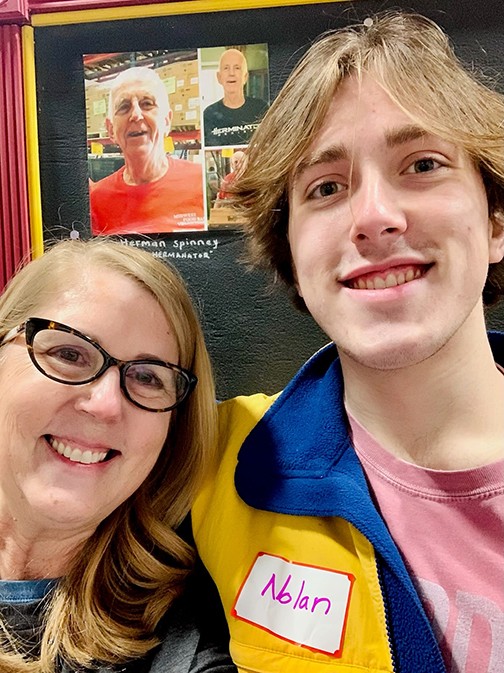 The prayer board in the MFB Georgia warehouse is in memory of Herman Spinney. Herman passed away over three years ago. He was a volunteer at our warehouse who had a significant impact on the people around him. Herman's volunteer spirit lives on in his daughter, Cynthia Krantz.

When Herman began volunteering at MFB Georgia, Cynthia saw renewed joy and purpose in his life and the community he was building. She began to join her father occasionally. Her son, Nolan, would also volunteer during school holidays or summer breaks. 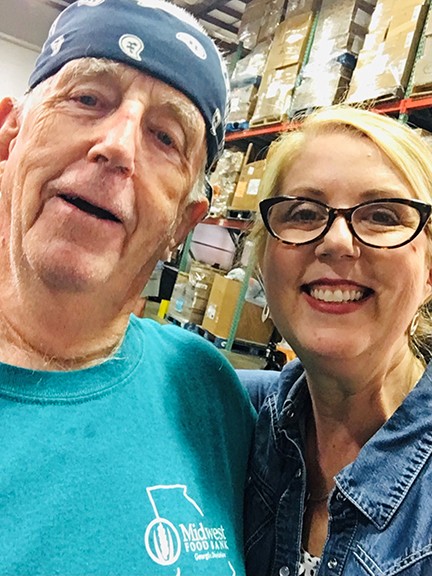 After a back injury cut her career short, Cynthia turned to MFB for her own renewed purpose. While Herman worked in the warehouse loading trucks, Cynthia filled less physical volunteer roles

When Herman was diagnosed with pancreatic cancer, Cynthia began to join her father in the warehouse to make sure he wasn't overdoing it. She observed a family of volunteers and friends that had grown around her father. Volunteers visited the hospital to pray for and support Herman and the family. Every Monday night for months, faithful staff and volunteers showed up with dinner, often eating, visiting, and praying with her parents. 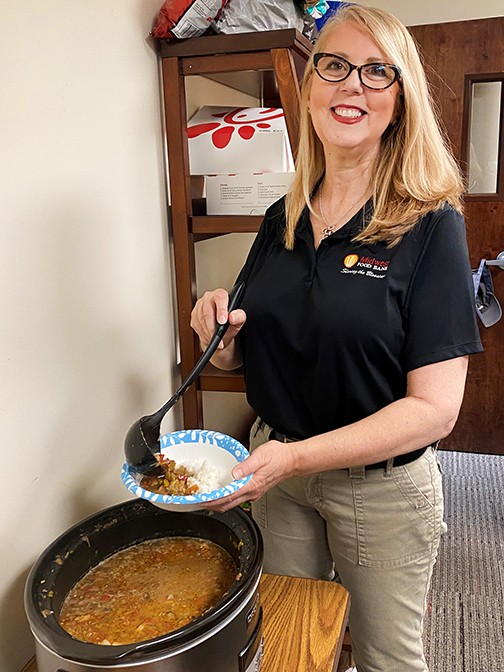 After Herman died, Cynthia continued showing up at Midwest Food Bank. She felt closest to her father inside the walls of the warehouse. She can't lift boxes, but she can lift a skillet. Cynthia gives back to MFB by monthly preparing a meal for 15 volunteers. She serves a homecooked meal to volunteers and staff, the same people who cooked for her father. Cynthia also assists volunteer leaders working with groups.

"A meal for volunteers is a very meaningful way Cynthia uses her gifts to serve others," says Lina Martin, MFB Georgia Volunteer Coordinator.

Cynthia sees that her father not only built a community at MFB but by inviting his family to join him when he served, he built a legacy of service. Herman did not just make a lasting impression; he made a lasting impact.

"My father had a gift of serving others," says Cynthia. "I am proud that my son and I see the blessing in his legacy of service and continue to pass it on."

Are you or your group interested in preparing or catering a meal for 15 volunteers? Or are you looking for renewed purpose or community? There are many ways to join the volunteer family at MFB Georgia.

Or contact Lina Martin to see what volunteer opportunities fit your gifts and talents. 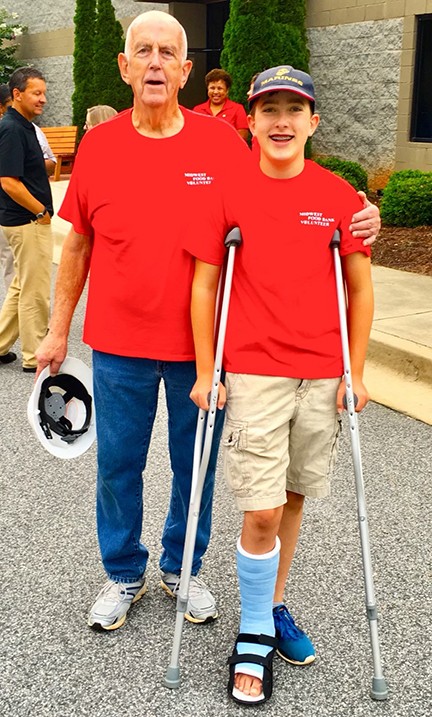