Alisa heard about Midwest Food Bank and volunteer opportunities through friends. So, when she retired after 30 years as an occupational therapy assistant she started volunteering at MFB Peoria doing packing projects.

Often MFB receives food in bulk amounts and volunteers re-package that food to family-size portions. One of those bulk items - Froot Loops.

"I packaged Froot Loops for weeks at MFB and wondered if we would ever get through them," says Alisa.

Then she was at Aldi's one day when a woman was picking up a pre-order of groceries. "She voiced concern about how she was going to carry such a big box home," says Alisa. So, Alisa gave her a ride and they exchanged phone numbers. Alisa told the woman to call if she needed anything.

"She called the next week and asked if I could take her to Friendship House, a nonprofit partner of MFB Peoria, to pick up food. I took her there and in her groceries were three bags of Froot Loops from MFB. God showed me that day how important it was for me to volunteer at MFB," says Alisa.

Here at MFB, we know this isn't a coincidence.

"Alisa's story is so special but not uncommon," says Monica Scheuer, Executive Director of MFB Peoria. "MFB is blessed as God brings us servants like Alisa and we get to see how He works His goodness through our wonderful volunteers."

Alisa and her husband, Stephen, have three grown children and six grandchildren. She is a graduate of Lincoln Christian College and teaches Sunday School at Richwoods Christian Church in Peoria. She says she loves to volunteer at MFB "because I love Jesus and I want to share and care for others in need." 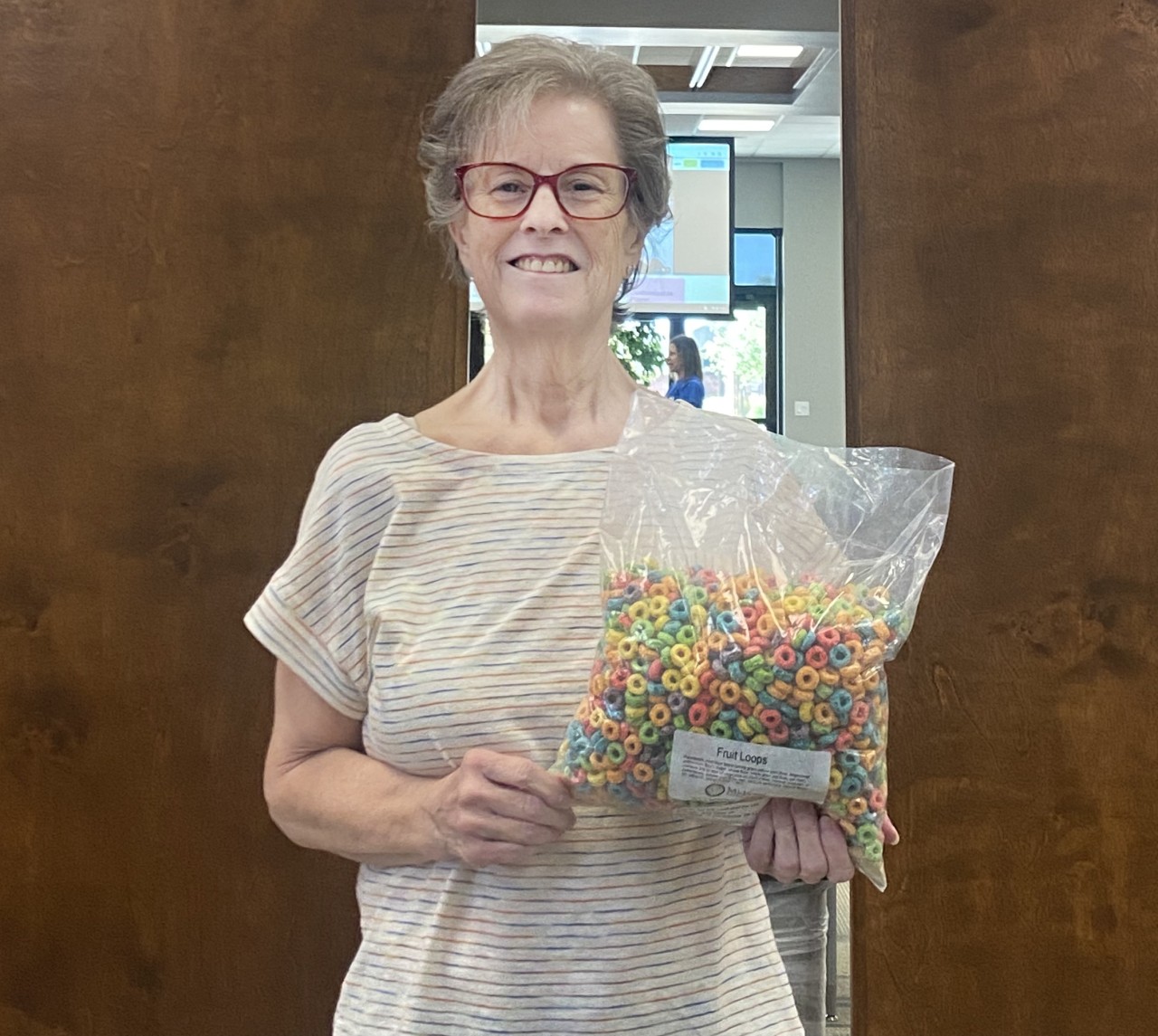 New Marketing and Development Manager at MFB Flori...
MFB Indiana partner in it for the long haul