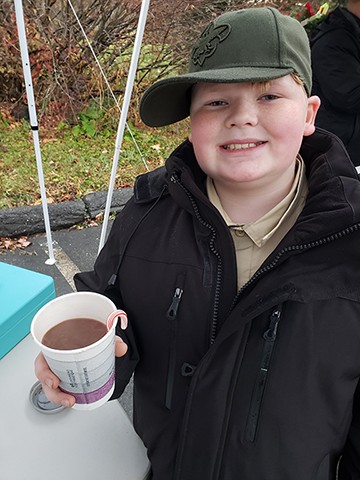 Josh sounds like a typical 12-year-old. He likes playing video games, jumping on a trampoline with friends, and playing with his family's six cats.

He also likes to volunteer at Midwest Food Bank New England, and he brings energy and curiosity to every task.

"When he's volunteering, he's a real dynamo, a bundle of energy," says Brent Carl, MFB New England Volunteer Manager. "Josh is always asking questions about what we do and how it's making a difference." 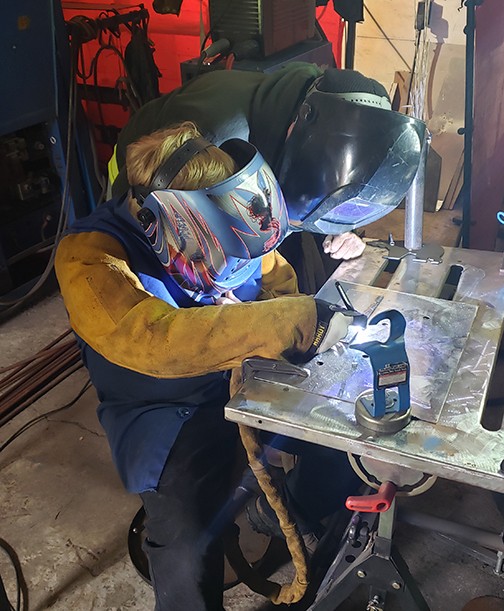 Josh first volunteered at MFB with his Boy Scout troop. He came back again, brought his parents, and then again with his grandparents.

"At another one of our re-packaging events, he came with his whole family, and they told me this is what he wanted to do for his birthday," says Carl. "What kid does that?"

Josh says he likes to help people, and that's why he continues to volunteer at MFB.

"I like using the pallet jack and especially like helping to run the cardboard crusher," says Josh.

"We're happy to have Josh and his family as volunteers at MFB New England on his birthday, and any other day they'd like to come in and make an impact," says Carl.

Maybe he's a little more than a typical 12-year-old. Thanks, Josh! 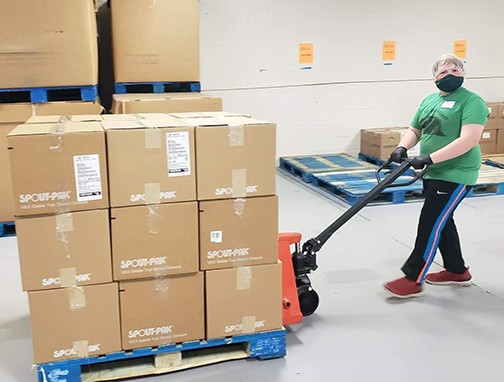 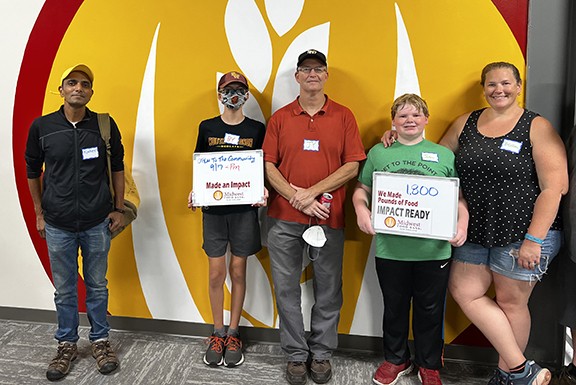