After several months of short-term ministry work in Nairobi, Kenya, Dan Verhoef sought God's direction for the next season of his life. He felt moved to expand his volunteer role at Midwest Food Bank Georgia. At the same time, MFB Georgia was discussing a need for more Core Volunteers. 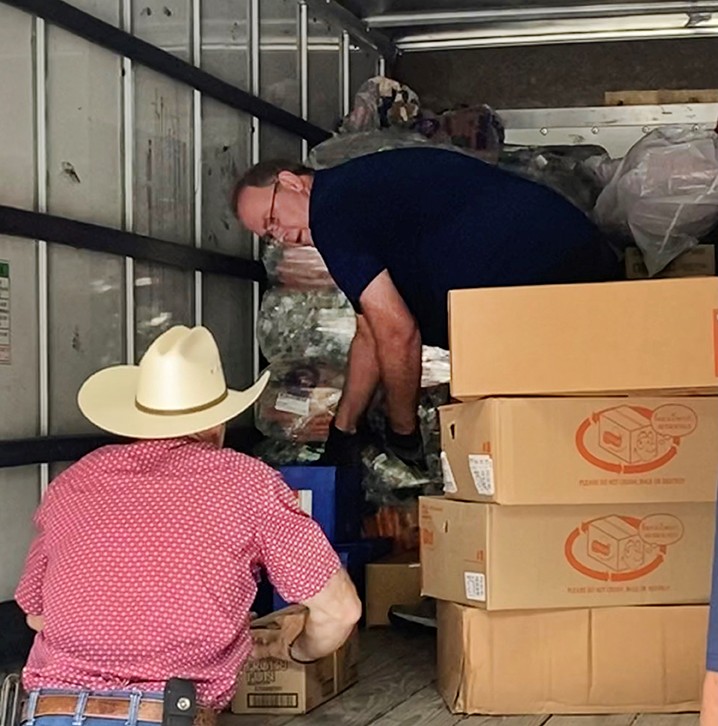 "We know the Lord's hand was at work in moving Dan to serve here in a greater capacity," says Lina Martin, Volunteer Coordination at MFB Georgia. "His heart for helping others is genuine and his love for the Lord is evident by his enthusiastic and humble servanthood"

In April, Dan made a trip to Nairobi to help another nonprofit organization with a project. Knowing that MFB has a division in Nairobi, Dan contacted Christine Mutsoli, Executive Director atMFB East Africa, and planned a visit.

"Christine was so welcoming," says Dan. 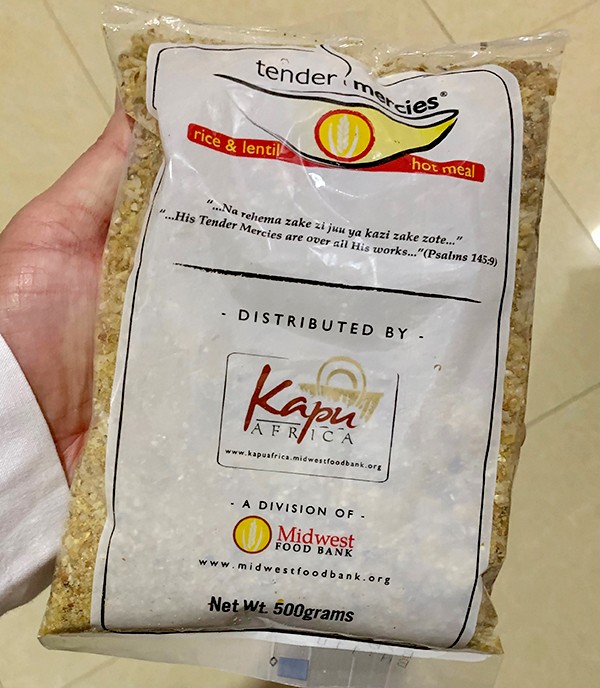 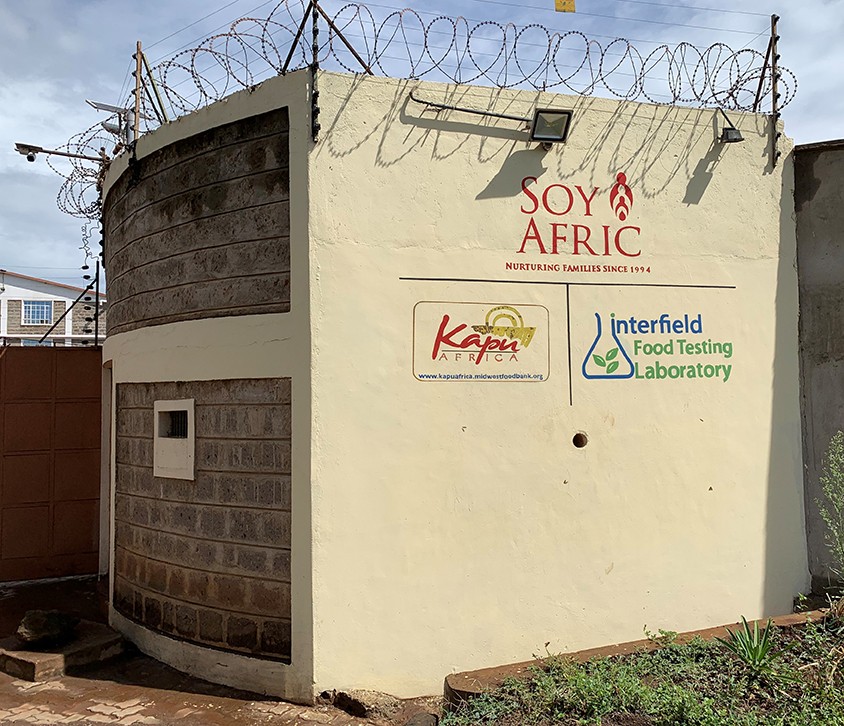 While there, Dan toured Soy Afric, LTD., where Tender Mercies is packaged. Luka Kariuki, the production manager, gave him a tour of the factory. Dan was able to see the lab where food is tested.

The next visit was to a children's home called Gloria Christian Rescue Home. Dan met Beatrice Malika, who rescues abused and abandoned children from the slums of Njatha-ini in Nairobi. Beatrice also helps unwed young mothers.

Dan was impressed with God's work in Beatrice's life. Having a heart for neglected and abused children, God moved her to give up a career and create a safe haven for these children. She is so thankful for Christine, MFB East Africa, and the nutritious food they receive. 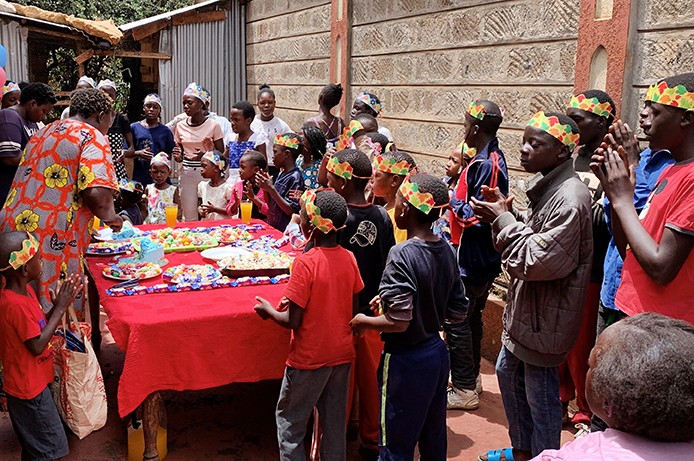 "Visits like Dan's are important because it reminds the children that they are loved and not forgotten," says Christine. "They were amazed that Dan came all the way from the US to visit the home."

"It was a real-life example of the body of Christ working together to accomplish a God-glorifying purpose," says Dan. "I am so thankful to have seen that firsthand."

Witnessing these global efforts broadened Dan's understanding of the MFB mission. He saw how the food bank concept is adaptable to the continent, country, and culture where the need exists, and getting food onto the hands of those in need can be done. 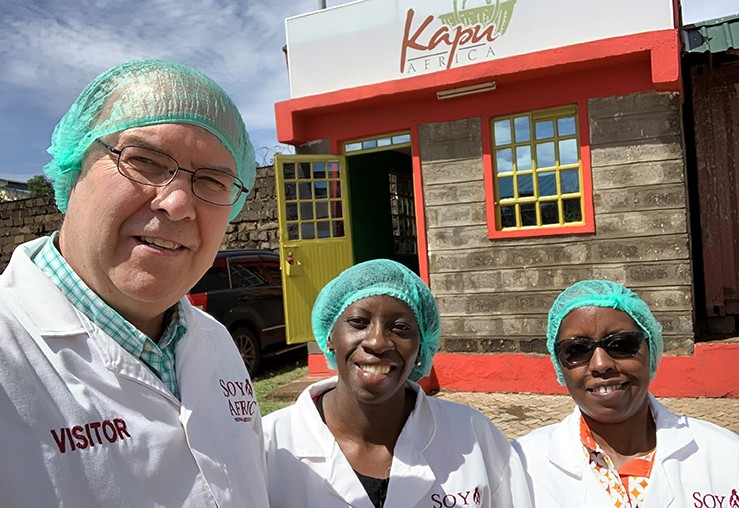 Dan and Christine at Kapu Africa.

"I thank Dan for his love and care for the people of Kenya, and for using his mechanic/ technical skills to serve God, says Christine. "Baraka ('God bless' in Swahili)."

"I came to realize that in providing food to the Glory Christian Rescue Home, more resources can be directed to help those children, says Dan. "Knowing this is happening in many locations, only God knows the true reach of Midwest Food Bank. To Him be the glory."