MFB participates in "Day of Action" in Washington DC

While food insecurity is rapidly rising, the world is expected to waste 2.1 million tons of food annually by 2030, according to Yale research. In the United States alone, $408 billion was spent on food in 2021 that was never eaten. That's nearly a quarter of US food going to waste instead of to those who need it.

On Tuesday, July 12, 2022, Midwest Food Bank participated in a Day of Action to Fight Against Food Waste and Food Insecurity on Capitol Hill in Washington DC. The event was to support the Food Donation Improvement Act. MFB participated in partnership with Food Tank, Weight Watchers, the National Resources Defense Council, Harvard Law School Food Law Policy Clinic, and Bread for the World.

Jada Hoerr, second from right, spoke in a panel advocating for the Food Donation Improvement Act.

The Food Donation Improvement Act was recently introduced in both the US House of Representatives and US Senate with broad bipartisan support. It would build upon the Bill Emerson Good Samaritan Food Donation Act, passed in 1996 to encourage companies to donate their surplus food and grocery products to nonprofits by providing civil and criminal liability protection to food donors and food recovery organizations. Many food manufacturers, retailers, farmers, and restaurants still cite fear of liability. Expanding and clarifying existing liability protections for food donation is crucial to ensuring that companies can donate safe, quality foods without a preventable concern about litigation.

While there, Midwest Food Bank representatives met with Congressional offices from AZ, IN, IL, and PA to build the MFB brand and create awareness of our focused efforts to alleviate hunger and malnutrition in the communities they represent. 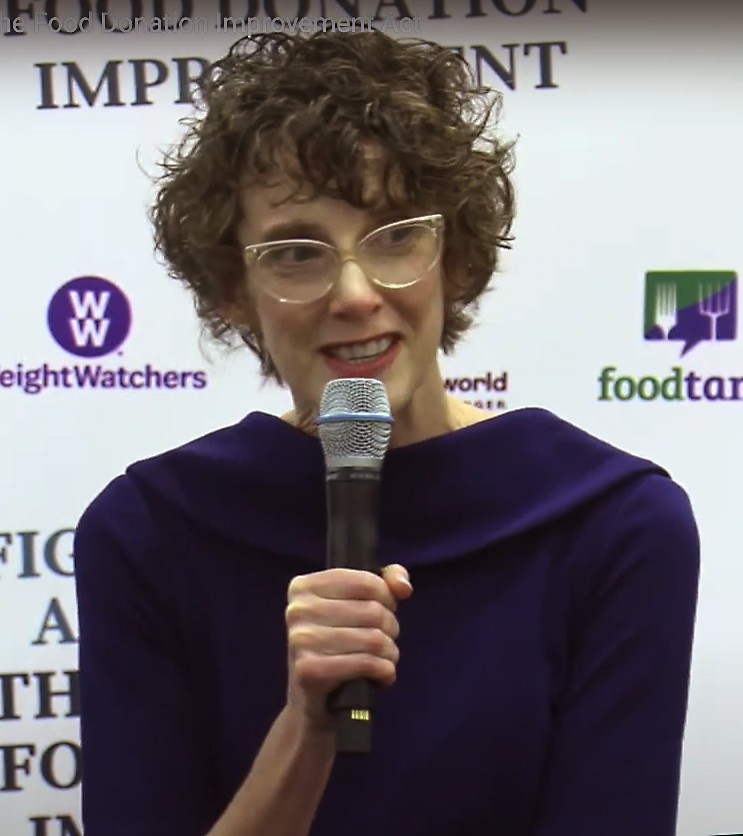 "Despite millions of American facing food insecurity, 35% of all food in the US goes to waste," says Jada Hoerr, Chief Resource Officer of Midwest Food Bank. "The Food Donation Improvement Act is an important step forward in addressing these pressing problems."

Jada participated in a panel advocating for the Food Donation Improvement Act. Watch it here.