Midwest Food Bank has again received a coveted four-star rating from Charity Navigator, the nation's top charity evaluator. MFB has received this recognition every year since 2011. Only 4% of charities are given a four-star rating for nine consecutive years. The rating is based on MFB's demonstration of robust financial health and its commitment to accountability and transparency. 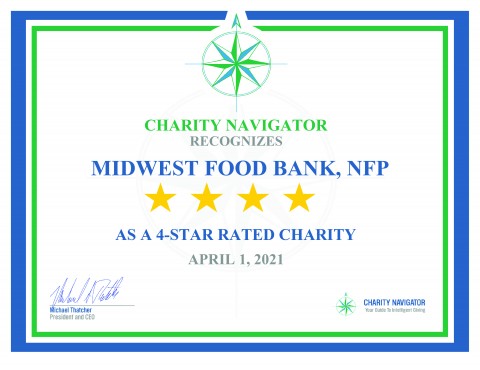 This honor would not be possible without Midwest Food Bank's generous donors and dedicated volunteers. In 2020, 17,930 individuals volunteered 300,898 hours of service, the equivalent of 150 full-time staff members. There were 450 volunteers for every paid MFB staff member. Their support keeps MFB's administrative costs low, allowing over 99¢ of every dollar donated to go to programs and services for the food insecure.]

"It is important to use the financial support we receive in an efficient manner," says David Kieser, President and CEO of Midwest Food Bank. "Our 4-star Charity Navigator rating demonstrates to our supporters the blessing of volunteers and staff serving with excellence and integrity."

"Midwest Food Bank's exceptional 4-star rating sets it apart from its peers and demonstrates its trustworthiness to the public," according to Michael Thatcher, President and CEO of Charity Navigator. "People can trust that their donations are going to a financially responsible and ethical charity when they decide to support Midwest Food Bank." 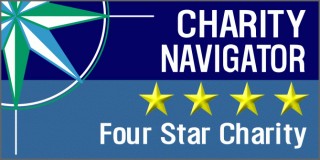 5 ways to celebrate your birthday with MFB
Share Partner appreciates the passion of MFB volun...